If you’ve always been interested in the Japanese culture and customs, then you are probably already familiar with the famous Japanese gardens. People design these true oases of tranquility and meditation to disconnect us from our daily stress and inflict a state of balance and contemplation. The designers aim to recreate idealized landscapes in a miniature form. One of the most well-known type of Japanese gardens is the Japanese tea garden, where people can conduct tea ceremonies. If you want to get inspired by authentic Japanese tea gardens, we have prepared a list of 7 such places that are too beautiful to miss. Let’s take a look!

This Japanese tea garden is located in Kobe, Japan. Many consider it one of the gardens with the most beautiful scenery in Japan. It contains a lot of rocks that could suggest either a mountain range or a riverbed. You can contemplate this beautiful garden only from a space outside of its grounds. 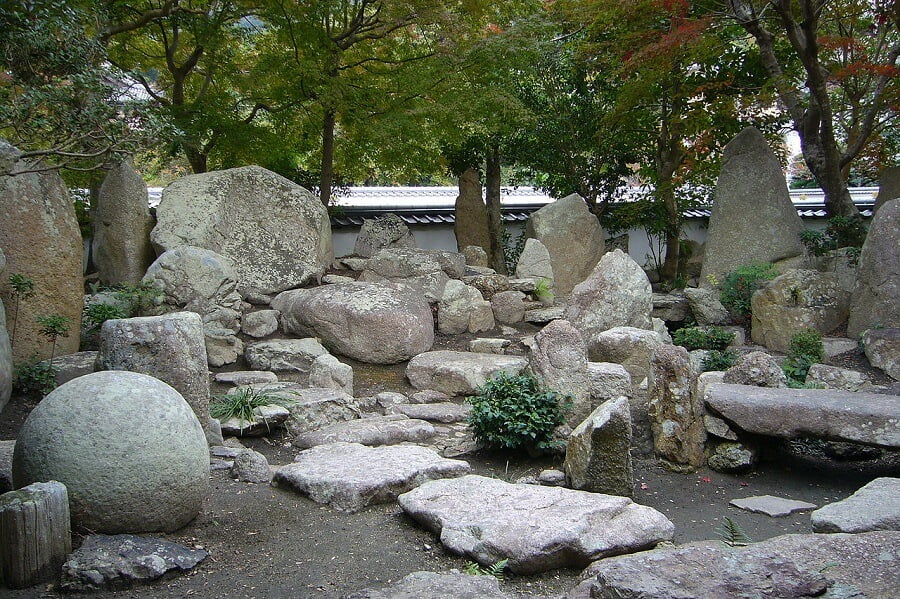 This museum in Kagawa, Japan is located near Japanese-American artist Isamu Noguchi’s studio. It is a rather small garden, made up of a lot of stones, white gravel, and granite boulders. While the artist has preserved stones in their natural state, he has in some way modified others. As a result, this provides a more modern spin on the traditional Japanese tea garden.

Located in Kyoto, Japan, this rock garden is known because of its rectangular frame. White raked pebbles surround the bigger boulders. This could suggest waves or wind. The boulders themselves could symbolize mountains or islands. 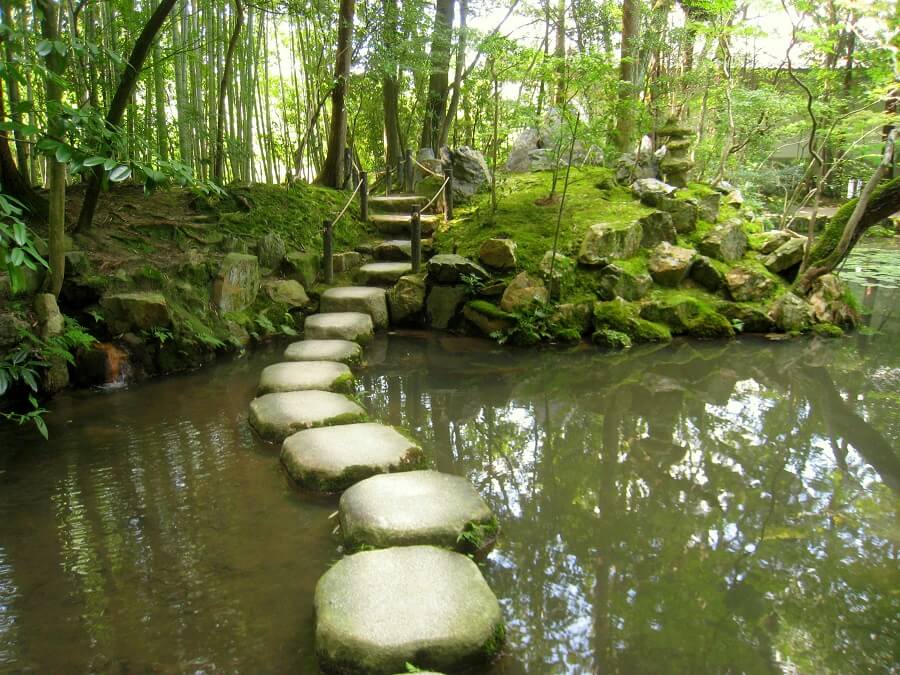 Also located in Kyoto, the temple Daitoku-ji includes a lovely smaller temple called Daisen-ji, which is famous for its rock garden. This Japanese tea garden is interpreted as a symbol of the metaphorical journey of life. A waterfall and two rivers are made out of rocks, white gravel, pebbles, and large boulders. They go from birth, through life’s obstacles, until death. 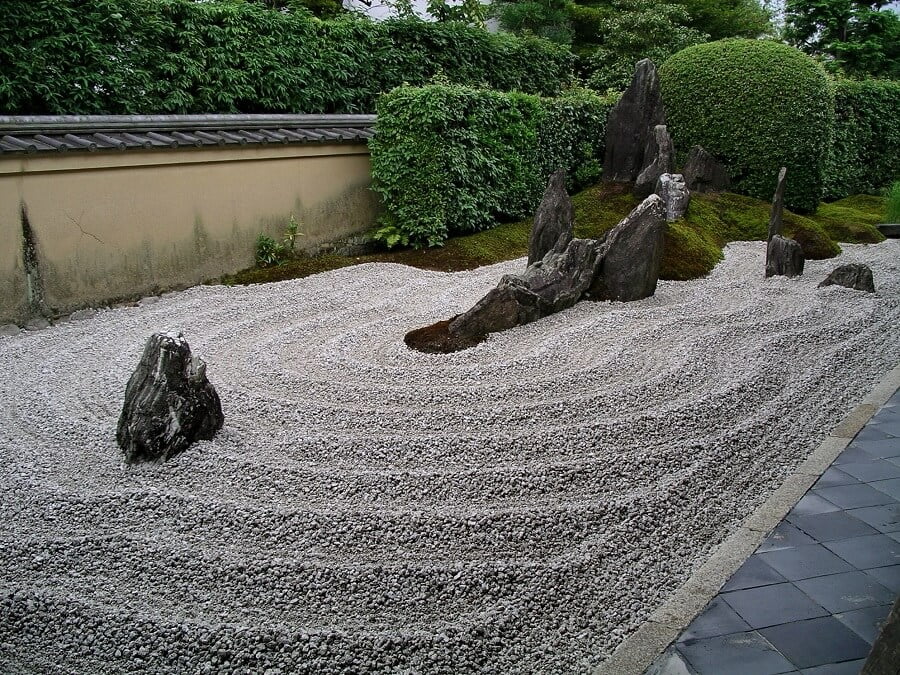 The Taizo-in temple you can find in Myoshin-ji, Kyoto, is a beautiful Japanese tea garden. It has dry landscape, rocks, and evergreen trees. The combination seems to suggest a large river and the area surrounding it, and many believe it is a recreation of a painting by Kano Motonobu illustrating a traditional Japanese landscape. 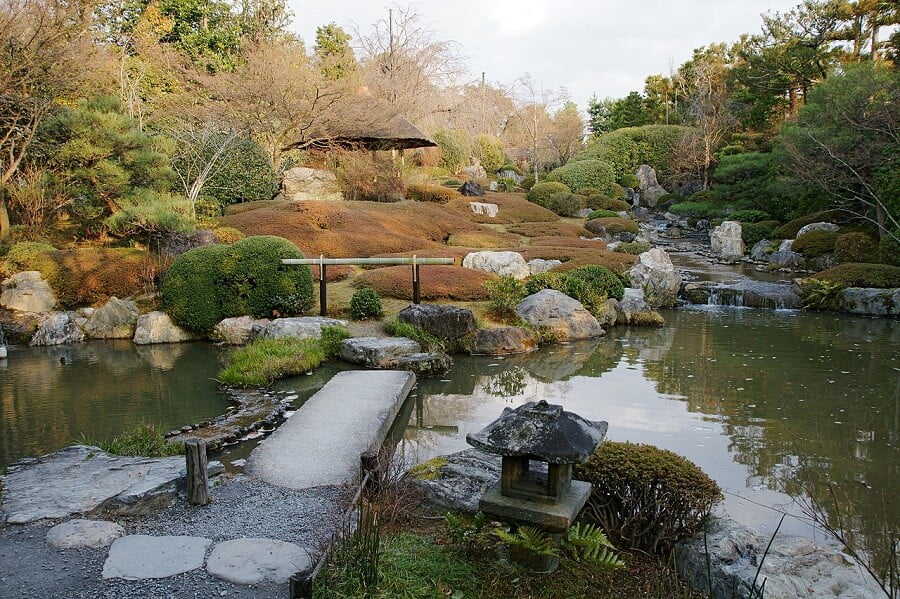 If you are in Kamakura, Japan, you can visit this 14th century Japanese tea garden. Rock formations surround the garden and make a natural wall that separates the garden from the rest of the landscape. Inside, you can find a pond, two bridges, and a cave. 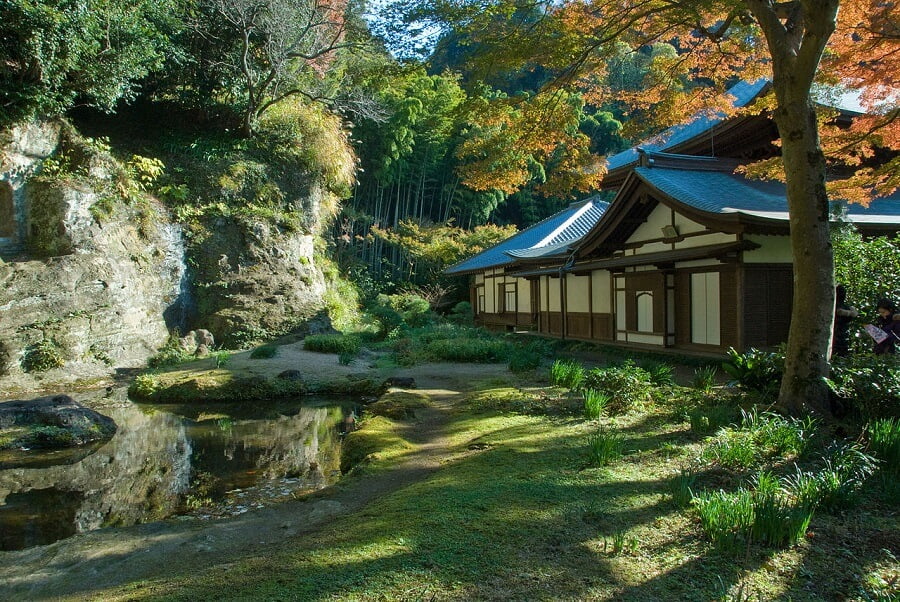 Another Japanese tea garden in Kamakura, this one is believed to be the first of the Five Great Temples of Kamakura.  Rankei Doryū founded the temple in the 13th century. It has a pond shaped like the Chinese character for mind, which encourages meditation and contemplation. 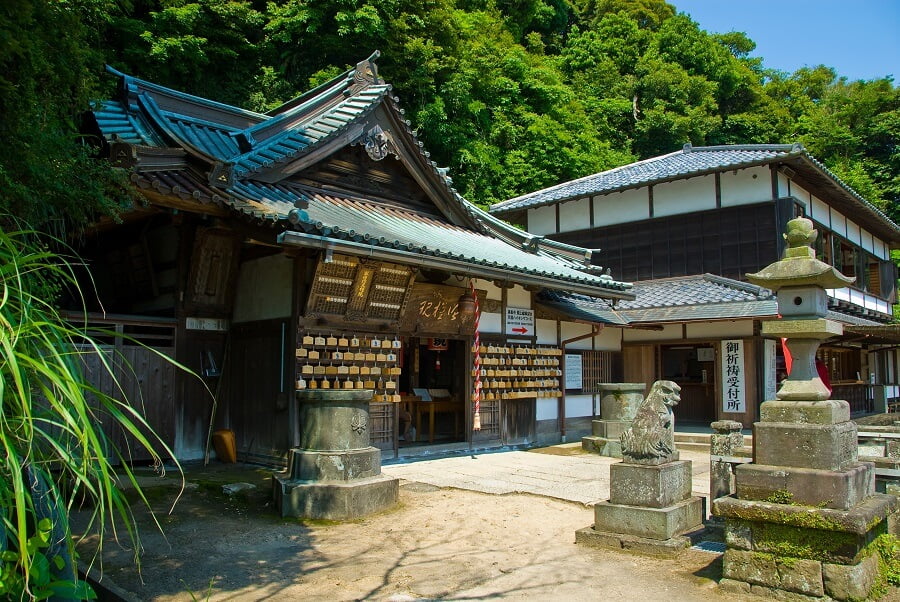 All these wonderful Japanese tea gardens that you can find in Japan are symbols of the benefits of meditations, relaxation, and contemplation that we should all practice every once in a while. We hope our examples have provided you with the inspiration you need.