Unless your child is naturally interested in gardening, you might find it difficult to raise his or her interest in plants and growing them. To that purpose, you can try different strategies such as making a game out of growing plants, decorating the garden together, or telling them the story of different funny plant names and how they came to be. There are many plants out there that have a strange and/or funny name, and they’re bound to entertain your children. Today, we thought we’d provide you with 10 funny plant names and the story behind them.

10 Funny Plant Names to Talk to Your Children About

Definitely one of the most popular plants on today’s list, hens and chicks get their name from their appearance. This plant is usually made up of a larger cluster (which represents the hen) and smaller patches around it (the chicks). While the name sounds really domestic, its history might surprise you.

Hens and chicks were considered mythical. Why? Because people believed they were connected in some way to the two gods of lighting, Zeus, and Thor. If your child is passionate about mythology, you might want to share this information with him or her. Moreover, let them know that in the past, people used to plan hens and chicks on the roofs of their houses. The reason why they did this was precisely because of this supposed connection between the plants and the lightning gods. The plants were expected to protect the house from lightning and thunder.

More commonly known as sneezewort, this plant’s name will definitely amuse your children. There’s a simple reason why people call it sneezewort, and that’s because they used it to make sneezing powder. If you’re wondering why people would want to fashion a powder that makes them sneeze, it was all with the purpose of clearing out their sinuses. So, they would dry it up and just use it as such. Obviously, no one uses it for that anymore.

Still, that doesn’t mean the sneezewort plant doesn’t have other uses as well. In fact, you can use it as an insect repellent, but also put it in your salad, which might sound a bit strange. The fact of the matter is, sneezewort surely is multifunctional.

Continuing the trend of naming plants after two things that go great together, butter and eggs got its name due to the look of its flowers, which resemble an egg yolk. You might be wondering, where does the butter come in? That’s a great question, and we can only assume that the flower’s edges, which are an off-white color, might have inspired the other half of that name.

This plant has a mythical tale to it as well. Ancient myths say that the flower was originally a yellow dragon. Unfortunately, the dragon transformed and then choked on a fried egg. As strange as this story may sound, your child might really enjoy it. At the very least, it does provide the plant with an interesting backstory.

No mythical story behind this plant, but its name does make it worthy of today’s funny plant names guide. The reason why people call it hooded skullcap is simply because its flowers look like caps. Why a skullcap? Probably to make it sound more interesting, which you should definitely test out by observing your child’s level of interest when you mention this plant. 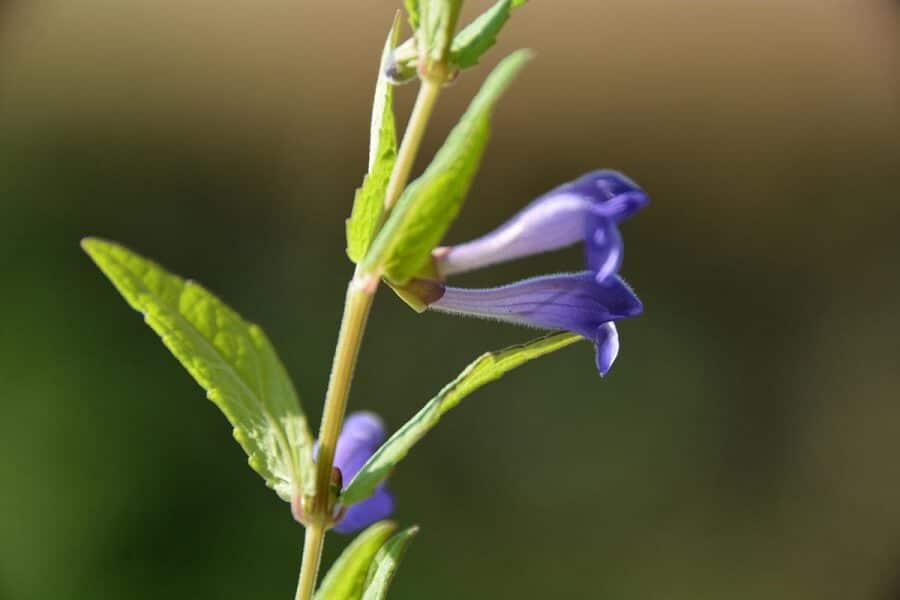 Interestingly enough, the hooded skullcap is part of the mint family. If you think this means it also tastes like mint, you’d be wrong. Since funny plant names seem to run in the family, one of its relatives also has a funny name, which is Mad-Dog weed. The story behind this name is that the plant was used in the Middle Ages as a remedy for rabid-dog bites.

This plant has more than one funny name. This is all the more reason to include it in today’s list of funny plant names. Some people call it white goosefoot just because its leaves look exactly like a goose’s foot. Another popular name for it is Lambsquarters. How this name came to be is really interesting. In 9th century England, there was a harvest festival held every year on August 1st. This festival was called Lammas Quarter. The reason why this plant is connected to this harvest festival is because people used to eat it then.

Eating it seems like a really good idea since white goosefoot (or Lambsquarters) contains minerals and vitamins in higher quantities than many other vegetables such as lettuce, spinach, or cabbage. This makes it a really healthy plant to consume. The even better news is that you can grow it anywhere since it’s resistant to any type of soil. Why not suggest a white goosefoot growing project to your child?

The name of this plant comes, as expected, from the fact that it’s foul smelling. You can find it in North America, most commonly in swamps. It’s really big and it has purple or golden leaves. Still, its smell often causes people to mistake it for a skunk, which explains the name.

As strange as the idea of eating such a plant might sound, Native Americans did find that some parts of it were edible. However, there are also parts that might cause death due to calcium oxalate poisoning. Ultimately, as interesting as this plant looks, the fact that it’s potentially dangerous and foul smelling keeps most people away.

You surely are familiar with the popular belief that mothers-in-law have a sharp tongue and tend not to get along with their daughters or sons-in-law. One look at the mother-in-law’s tongue plant and it becomes obvious why it got this name. It has sharp leaves shaped like a tongue. These could remind people of the sharp remarks a mother-in-law is believed to make.

While telling your child about this plant, it would also be a good idea to mention that this is only a belief people have that has been passed down from generation to generation and which doesn’t necessarily reflect the truth.

8. Kiss Me Over the Garden Gate

More romantic than funny, the name and the story behind the name of this plant will put a smile on anyone’s face, so we decided to mention it as well. The reason why people call this plant Kiss Me Over the Garden Gate is because its flowers look as if they’re bending over a fence.

This can be reminiscent of how people in love sneak a kiss over the garden gate or how a husband or a wife kisses their partner over the fence when leaving for work. No matter how you choose to visualize this plant, you have to admit it has one of the most creative and endearing names of all the plants we’ve mentioned today.

The first (and only) landscaping tree on today’s list of funny plant names, the monkey puzzle tree was named by an Englishman as early as the 1800s. The reason why he decided to name it like this is because its shape made him think of the fact that a monkey trying to climb it might see it as a true puzzle. Since the chances of a monkey ever being near this tree are slim to none, we have no idea how monkey was the first animal to cross his mind. 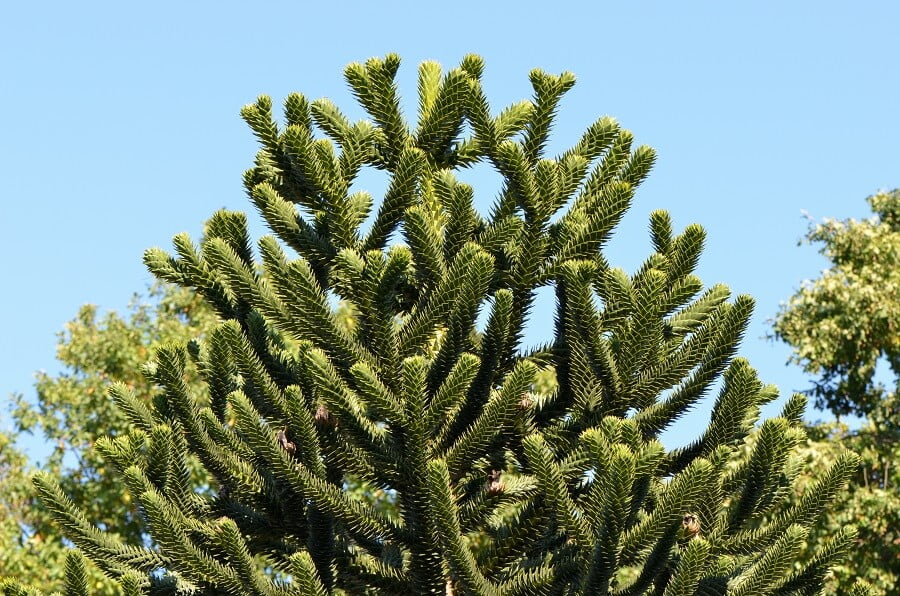 Be that as it may, an interesting thing about the monkey puzzle tree is that it can live for a really long time. For instance, the oldest one has already passed the 800 years old threshold. Its size is also quite impressive. The diameter of its trunk can grow up to 7 feet, while the tree itself could grow 150 feet tall. This makes it a great tree to plant in your garden.

The last plant we wanted to mention today has a bit of a backstory to it. The Wandering Jew is the figure of the Jew who wanders the world waiting for the return of Jesus. There’s also a variation that says this person is immortal and doomed to wander indefinitely. This Wandering Jew character has become quite popular in film and literature, and apparently also in the plant world.

The most plausible reason for why this plant was called the Wandering Jew is because, as this figure, it too reaches every place on earth. Even though it comes from Eastern Mexico, it is now popular everywhere. Moreover, it has an invasive potential, which is why people are keeping a close eye on it. For instance, it can grow roots from most of its pieces and it will immediately sprout new growths. When talking about this plant with your child, you should also mention that some people find the phrase Wandering Jew offensive and insulting.

We hope these 10 funny plant names will manage to entertain you and your child the same way they’ve entertained us. Remember that this activity should get your children more interested in gardening. So, maybe you’ll tell them these stories while doing something in the garden together.