You are here: Home / Gardening Tips & Inspiration / When to Prune Roses: Your Guide for Pruning Roses

Knowing when to prune roses is mandatory for gorgeous blooms and a healthy plant. Even though there are some general pruning rules that apply to all roses alike, most rose species require distinct care and a different pruning time. Because we want to help you prune them properly, we’ve devised a guide that includes the best time to prune each type of rose and how to do it successfully. As a bonus, we’ve also included some general pruning tips that you can use for all roses.

When to Prune Roses: Brief Guide for 6 Rose Species

One of the most popular rose varieties out there, the hybrid tea rose is also one of the most difficult ones to prune. The perfect time to prune them is in early spring. The reason why it’s more of a struggle to prune these roses is that they grow quite rich and heavy. When you prune them, you’re going to have to eliminate most of the plant. You’ll only keep a handful of strong canes. Make sure they’re healthy and thick, and then cut them back by about a third of their entire length.

While for the task above you should use a pair of garden scissors, the suckers need to be ripped out by hand. Deadheading is also an important part of pruning since it ensures the flowers will grow even more vigorously than before. When you deadhead hybrid tea roses, make sure you do it to a strong node.

As opposed to bush roses (that we’re going to discuss in what follows), these shouldn’t be pruned back as much, which is great news for you. You only have to concern yourself with thinning the plant where you feel like it’s necessary and pruning it moderately in spring. Usually, you’ll notice some stems that are less productive than others. Feel free to remove up to 3 of them every year. Moreover, cut the main stems back by one-third and the lateral stems by up to a half.

As the name suggests, climbing roses need a structure that they can climb on. They tend to grow quite extensively, so you’re going to have to train them over a structure of your desire. Still, before you do that, you should allow them to grow unencumbered for a couple of years. This will provide you with enough growths and blooms to choose from. When it’s time to remove the rest, choose the longest and sturdiest canes. 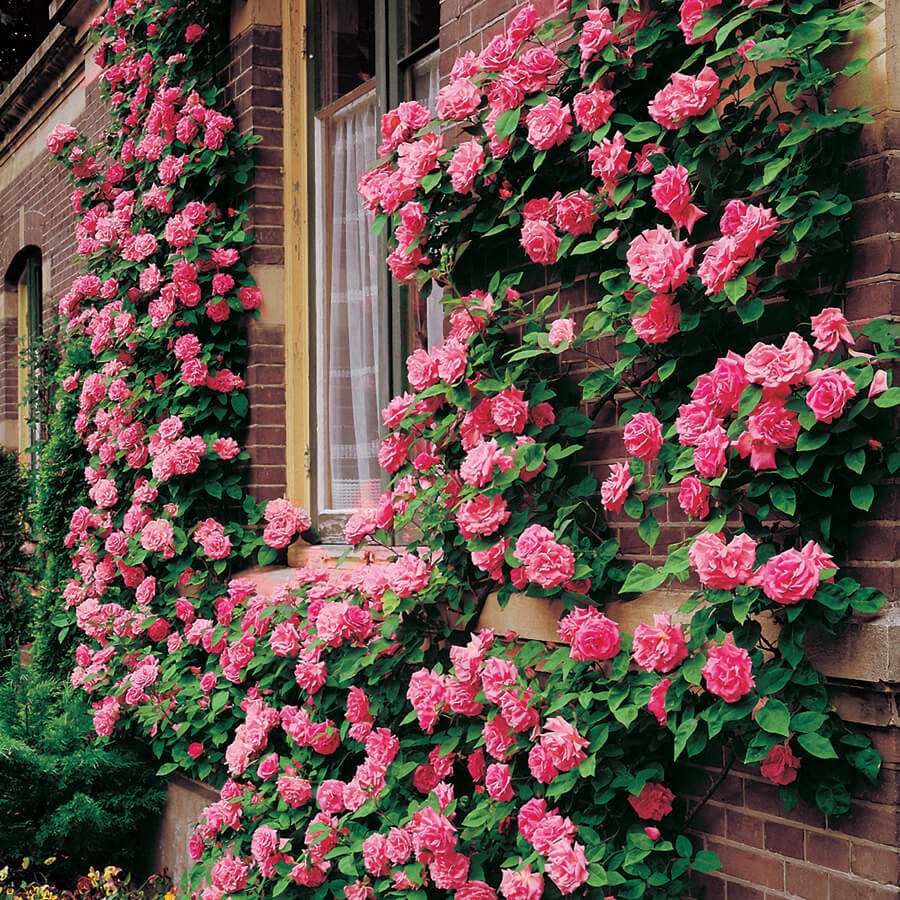 Then, bend the canes to the structure and use some string to tie them there. That way, they’ll grow accustomed to developing over the structure. The trick to getting a great result is to tie the canes in a fan shape. If you fail to do this at that time, you won’t be able to do it later on. That’s because the canes tend to grow quite stiff and become impossible to train. The following years, you should cut back the canes regularly in spring. If you notice any weak canes or some that look old, remove them as well.

Deadheading should be done all throughout the growing season. Whenever you notice a spent bloom, make sure you remove it. Similarly, if there are any unruly growths, you should get rid of those as well.

This rose variety is similar to the hybrid tea one, which means the pruning process is pretty similar as well. However, there are a couple of notable differences. You should prune the floribundas extensively in their first growing season. Remove all of the branches until they reach ground level. This should only be done in the first season. After that, you can prune them as you would most rose bushes, by removing part of the stems and any growth that is too crowded or you don’t want.

The main difference between pruning hybrid tea roses and pruning floribundas is that the latter should be allowed to grow more extensively. You want to encourage clusters of flowers to grow on the stems. Moreover, you want to keep them in a dome shape for best results. When cutting the flowers, you might notice that neither of the buds seems appropriate for cutting. In this case, you should limit yourself to pruning the shrub to the desired height. This will determine a bud to develop under the cut you’ve just made.

Miniatures are some of the cutest types of roses you could grow in your garden. If you’re wondering when to prune roses this small, the answer depends on what you’re going for. If you want to simply make them shorter, you should do that in spring. With a pair of pruning shears, you’ll have to cut about half of their length. Due to the fact that they’re so small, they’re extremely easy to prune.

If you want to deadhead them, this should be done a bit later, while they’re towards the end of their bloom season. We must mention that this will keep your miniature roses looking great. Still, there’s always the chance for you to do more. Another pruning option would be to prune them like you would hybrid tea roses. You should do this in early spring, but it will require a bit more effort.

The last type of roses we want to discuss in today’s guide on when to prune roses are old roses. Naturally, there are different types of old roses. What they have in common is the fact that they don’t only flower on new wood, but also on old wood. Because of this, they’re free to grow permanent frameworks. There are two main types of old roses we’d like to mention, and these are those that tend to grow upright and those that tend to spread.

For those that grow upright, pruning is minimal. They usually grow quite bushy, so you might have to thin them out every now and then. This will encourage new growths. Those that tend to spread look messier and they require space in order to develop unencumbered. The main reason why you should prune them is to provide them with a shape. You can prune them every year, in spring. 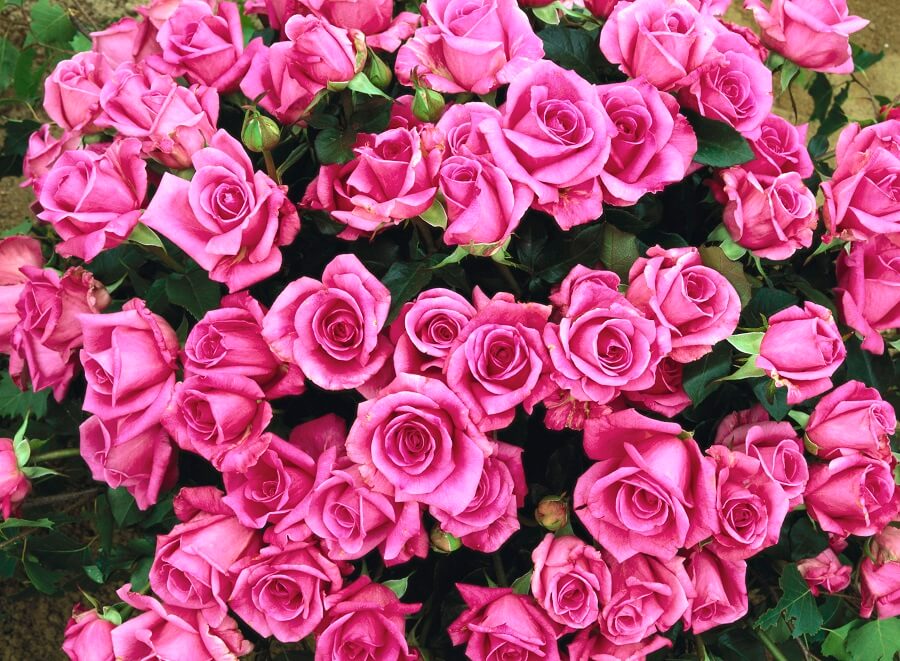 We hope today’s guide has provided you with the information you needed on when to prune roses and what is the best way to do so. We’ve included 6 of the most common and popular types of roses, so no matter what rose variety you have or plan to have in your garden, you’ll find the necessary pruning information here. Don’t forget to keep in mind the general pruning tips we’ve provided as well, because, without them, the pruning process would be incomplete. That being said, we hope you enjoy pruning your roses.