As of this writing, there are 105 customer comments and 156 answered questions for the 52″ Casa Delta-Wing Bronze Outdoor Ceiling Fan.  I've read the customer feedback, and then condensed the results into this review.  I hope that this helps you when shopping for an outdoor ceiling fan.

The 52″ Casa Delta-Wing Bronze Outdoor Ceiling Fan has a 52" blade span, and a 9-degree blade pitch.  This outdoor ceiling fan includes one 6" downrod.  There are three solid wood walnut finish blades.  The motor has an oil-rubbed bronze finish.  This ceiling fan is made for damp locations.  It is not recommended to place it in locations in humid climates or salt water exposure.

Comes with a Remote

This ceiling fan comes with a remote control.  According to customers, the remote control is easy to use.  One customer said this, "I love that the remote is configured in such a way that I can figure it out by touch so if I want to change speeds in the middle of the night I don't need to turn a light on."

Does Not Come with Light Unless You Buy the Light Kit

Keep in mind that you will not get a light on this fan unless you buy the one that comes with a light kit.  There are two options:  You can buy a white fan with a light or a wood colored fan with a light.  Keep in mind that although it says it comes with a light kit, customers were commenting that the light is already installed.  Also, they said that they couldn't change the bulb.  Here is what one customer said, "I also really like the LED integrated light - it gives off a great amount of light but also energy efficient. I liked the first one I bought so much, I got a second one with a longer rod! Both of them look great in my living/dining area."

The instructions that come with this ceiling fan instruct you on how to replace a regular light fixture for a ceiling fan.  If you already have a ceiling fan and need to replace that, you will need to follow the instructions differently.  This customer explained, "Another thing to mention is that the instructions for the fan wiring assume that you are replacing an existing light fixture that was never wired for a ceiling fan. (3 wire installation (hot, neutral and ground) vs a 4 wire installation (hot fan, hot light, neutral and ground)). The included remote receiver will take the 3 wires and output the 4 needed to independently control the fan and light. If you are wired for a fan already and have it switched then you will either need to not use the remote or not use the switch. I chose to use a 3 speed fan dimmer switch instead of the included remote."

Customers liked the color of this outdoor ceiling fan.   According to customers, it looks even better in person.  One customer had this to say, "This is the most fabulous fan ever!! It's simple, mid-century modern-ish, and the wood and metal goes together so nicely. It's beautiful...I will be buying two more for other rooms!!"

Light Has a Bluish Color (If You Buy Light Kit)

If you purchase the ceiling fan that comes with the light kit, keep in mind that it does not give your home a warm glow.  Instead, it has a brighter, bluish LED lighting.  Here is what this customer said, "Really beautiful wood blades, moves air well, very quiet...The light that this emits though is just awful. It's not the warm LED glow that's more commonly found these days. It's more like the older version ... the cooler, bluish color that makes everything in the room look grey and old. I wish we had gotten the one without the light so the kids aren't always turning it on and making the room look gloomy. Unfortunately, it's an integrated bulb, so nothing can be done about it. Still, really attractive fan"

Customers liked that this fan is quiet.  They said that when it is on high speed you can hear it a little, but all in all it is a quiet outdoor ceiling fan.  Here is one of the comments, "It is quiet. We leave it on the low setting most of the time and can't hear it at all. It just gently circulates the air. If you turn it on high it does have a soft woosh sound as the air moves but I find it a pleasant and comforting sound that is just because it is moving SO much air."

Fan Can Wobble When on High Speed

Good Price for What You Get

Although the price is higher than other ceiling fans, customers felt that the price was worth it.  Here is what one customer shared, "Great price, fast delivery and customer service was helpful. Product delivered was as described and looks great! I would purchase from this company again."

This outdoor ceiling fan is damp rated.  This means that you cannot install it directly outdoors. Instead, it should be in a covered area such as a patio or a bathroom.  Keep in mind that the remote is not weatherproof.  Although the fan holds up nicely to dampness, the quality of the remote is not too good.  Here is what one customer had to say, " As this is an outdoor fan I would expect the remote to be rated for outdoor use... Nope! Very cheap and if they get wet at all they are done. The fan itself is not water proof and I would not say it is even water resistant. While all the components are snug fitting, direct water will get in and ruin the components."

This ceiling fan has only three blades, which is good.  The less blades there are, the more power it will have which means you will get more cool air.  While there aren't any comments on this, it should definitely be noted that this fan has less blades than some ceiling fans.

Metal Can Get Scratched

When you install this outdoor ceiling fan, be careful of the metal.  According to customers, it can easily get scratched.  This customer explained, "Only complaint is that the metal parts scratch easily. In particular, the down rod got very scratched during set up and I don't know how to avoid that."

The 52" Casa Delta-Wing Bronze Outdoor Ceiling Fan has a solid walnut finish on the blades.  The motor has an oil-rubbed bronze finish.  This is not a wet rated ceiling fan but rather a damp rated fan.  It is not made to be exposed to the weather.  This fan does not come with a light unless you buy the light kit.  It is easy to install.  Customers liked that this is a quiet fan.  Some of the other fans that I've reviewed were louder than this one according to those who have this fan.  This fan may wobble when it is run at a high speed.  Other than that, most of the reviews for the 52″ Casa Delta-Wing Bronze Outdoor Ceiling Fan were positive.

Here are some top questions that I found for people considering buying the 52" Casa Delta-Wing Bronze Outdoor Ceiling Fan. 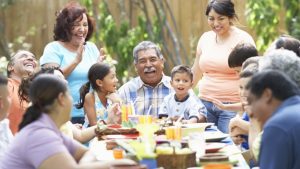 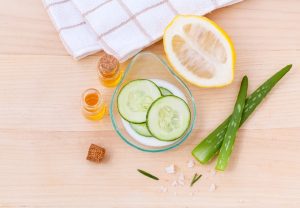 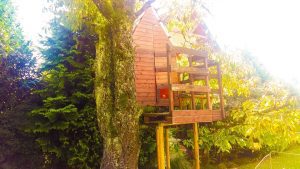 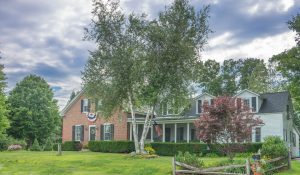