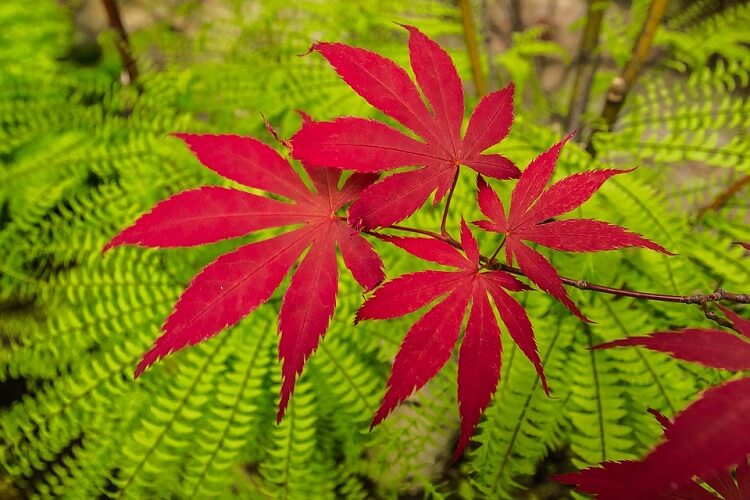 The red maple tree is surely one of the most beautiful trees you can have in your garden. No wonder Rhode Island chose it as their state tree back in 1964. They are impressive in color, size, and shape. The largest maple tree in the U.S. can be found in the Great Smokey Mountains National Park, south of Rhode Island. It measures 141 feet tall and more than 7 feet in diameter.

However, the name of “Red Maple” can be quite confusing, and it can apply to various distinct tree species. All the labels with the red maple tree may confuse a regular homeowner if he/she goes to a nursery or a garden center. But let’s see the most often encountered species and how to recognize them. 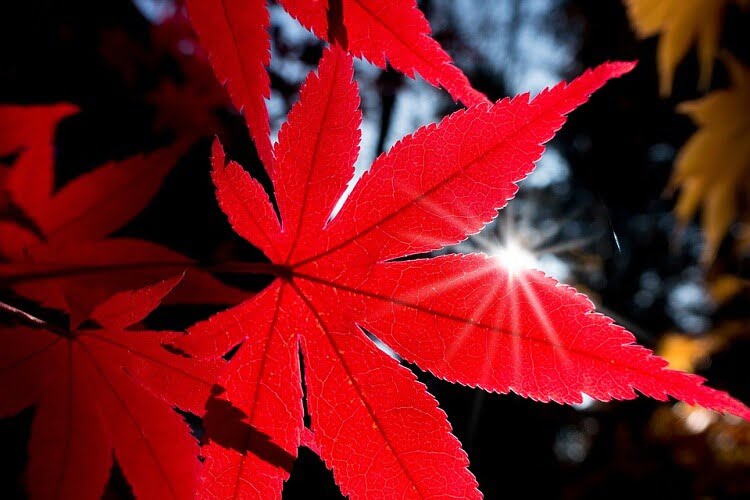 Everything You Need to Know about the Red Maple Tree

How to Recognize Various Species

There are two groups of Red Maples. One is the Native Maples group, which consists in the Red Maple and the Freeman’s Maple, while the other is an array of cultivars stemming from the non-native Norway maple, which also present leaves in a burgundy or reddish color all throughout summer.

This is the true red maple and its appearance is really impressive. It can reach 16 meters in height and it presents a spread of 15 meters. Some of them may grow bigger than that. It has clusters of small buds in a red shade. The flowers appear in early spring and turn later into winged fruits (called samaras) in a reddish-green shade until May. The leaves of the true red maple are green all throughout summer and in the fall they turn orange, yellow and red.

This is a species of the native maple tree that is not so famous. Naturally, it grows in various areas in the Lake States and in the south of Ontario. In fact, it’s a hybrid between the red maple presented above and the silver maple (Acer saccharinum). It has a solid structure and quite an attractive form. The fall colors are also impressive, plus it grows faster and it can adapt easily. 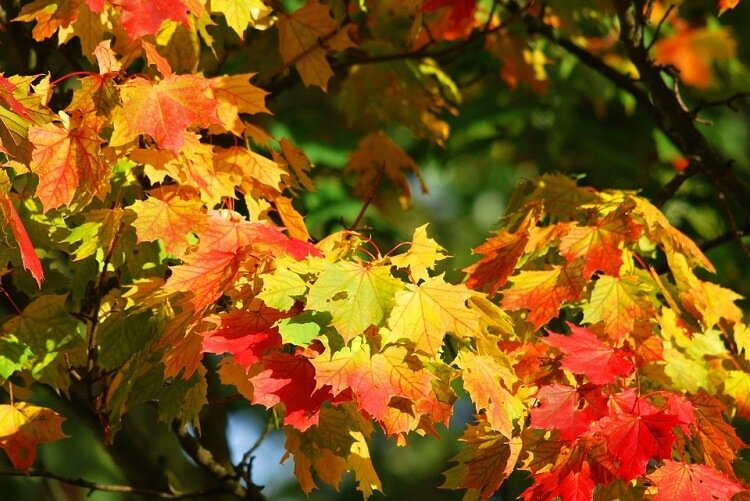 The red-leaved maples present some amazing colors as well. Even though they’re not the native species, people still put them in the red maple tree category. One of the most popular varieties is the Crimson King one. Paradoxically, it doesn’t belong to the red maple category, but it is a cultivar of the Norway Maple. It presents a maroon-red foliage throughout summer, while in fall it turns into a brownish-yellow shade. It can reach 12 meters in height and 10 meters in width.

Why Do People Plant Maple Trees?

Many people love to plant red maple trees because they grow fast. And if you need to have a shade tree in your new garden, then a fast-growing rate is all you need. Among the red maple tree benefits, you can also count the fact that it’s easy to transplant. As such, you can rely on a high success rate for the new plantings.

The culture is flexible, which means that you can place it on high spots or even on dry slopes in your yard, as well as in damp soil. Besides the beauty value, red maple wood is appreciated in the furniture and construction industries.

These trees can vary a lot in size, depending on the cultivar and the location where you plant them. They can reach between 40 and 70 feet in height, reaching 30-50 feet in spread. If you have a small urban lot, the best option is to grow some smaller cultivars. One example is the Schlesingen variety, which doesn’t go over 25 feet in height. If there is enough space, then you can choose whatever cultivar you want.

Before You Start Planting

Before you get on with planting a red maple tree, there are some things you should know. Even though they aren’t as dangerous as the silver maple variety, red maples can still be destructive. Their thick and strong roots can ruin your lawn or your sidewalk, so be careful where you plant them. Moreover, if the roots are exposed, a lawnmower can injure them.

In fact, lawnmowers can be quite dangerous for the maple trees. Their bark is thin, and the string trimmers or the debris that fly from the mowers can injure it. The injuries can lead to further diseases and insects going in. 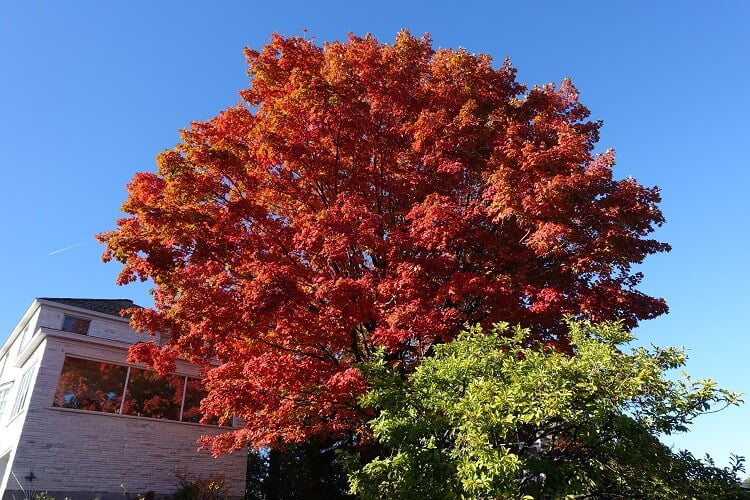 How to Plant Red Maple Trees

If you look at other trees, you can say that the red maple tree doesn’t have such a long lifespan. Usually, they live only around 80-100 years. There are indeed some of the oldest, who manage to resist until they are 200 years old, but it happens quite rarely. The good part though is the fact that they start to produce seeds when they are just 4 years old. 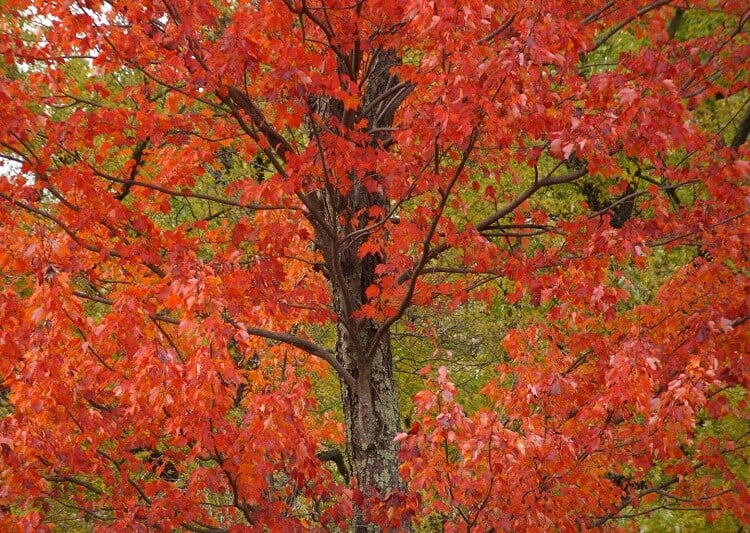 The red maple tree is a spectacular tree. Many people appreciate it only for its beauty, but there is more to it. Its adaptability is quite rare in the plants’ world, and this is useful for gardeners as well since you can plant it almost anywhere. Its wood is also useful for various industries and people make floorings, furniture or musical instruments out of it. Moreover, the sap is also useful for maple syrup. The planting process is not complicated, so you can easily grow one yourself. What’s more, they don’t require a complicated maintenance either, so you won’t have any issues with keeping it in a good state for its 80-100 years of life.

4 Reasons to Hire a Lawn Care Company this Year

I spend my time in my garden trying to create the greatest outdoor space possible. My garden is my happy place and where you will always find me on a nice day. I take my experience and share it here for you to read!