You are here: Home / Home Improvement / Garden / 5 Ways to Use a Chainsaw in Your Backyard

Most people know what a chainsaw is; However, most people think that this tool is used exclusively for chopping down trees. If that was true, it would be a big shame as this type of mechanical saw is very useful for a number of different things. We’ve decided to give you a better idea of the things you can use the chainsaw for. Here are 5 suggestions on how to use the chainsaw in your backyard.

Pruning is a practice, which involves removing certain parts of a plant in order to make it look nicer. But, it’s not just about the looks of the plant – it is also about its health. Sometimes the only way to save a tree from dying is to remove diseased branches.

Whatever the reason might be for you to get interested in pruning, you should know that this is far from being an easy practice. It should really only be difficult if you not using the correct tools. In the past, people chose to use garden shears or crosscut saws to deal with problematic branches. Because these tools require a lot of manual work, pruning used to be a process that took quite a lot of energy and time.

The things have changed a lot since the people realized that the top chainsaws are the perfect tools for pruning. Not only does it allow you to easily remove the parts of the tree you think are redundant, but this type of saw allows you to become a true artist. 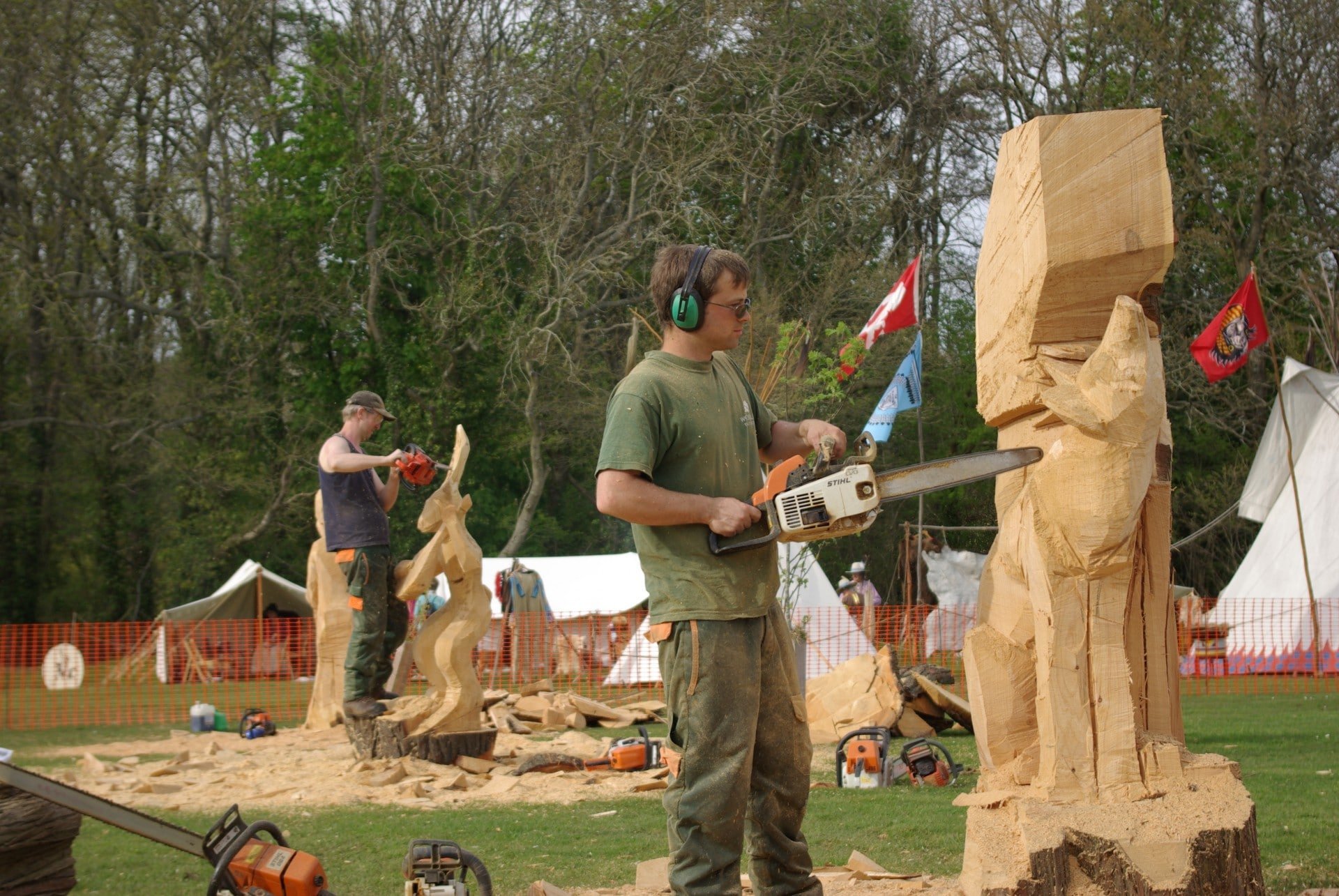 Pruning is not the only way for having fun with the chainsaw. You can use it to make real works of art. We’re talking about chainsaw carving, a relatively new form of art that is a combination of the ancient art of woodcarving and the modern-day technology.

You might not have even heard about this form of art, but nonetheless, it’s becoming more and more popular lately. In fact, a number of artists have decided to try themselves in the chainsaw carving, including Cherie Currie, the former lead singer of the band Runaways.

Here is another form of art that has roots in the ancient times, but which can be performed with a modern-day tool like a chainsaw. Basically, in order to make amazing stone sculptures with your chainsaw, you need to use the same principles as in the case of chainsaw wood carving. The only difference is that you need to use a different kind of the cutting edge.

The best choice, in this case, is to get the cutting edge that is embedded with diamond grit. Although not too expensive, this type of chainsaw cutting edge is much tougher compared to the regular one. It can be used to cut ice, stone, brick and even concrete. Because of this, you can use the chainsaw for a number of purposes apart from making sculptures.

Because the chainsaw can cut through all kinds of materials (depending on the type of the chainsaw), you can use it to chop large objects into small pieces. In fact, one of the most common uses of the chainsaw is log bucking. Even the most ordinary chainsaw will have no problem cutting through a log of wood. However, more advanced versions of this tool are capable of cutting wooden pillars, ceramic tiles, etc.

Cutting Through the Ice

If you have a pond in your backyard, you might have problems during cold winter months. If the water gets frozen, you can cut a hole in the ice with the help of your chainsaw. In fact, this technique has been used by the fishermen all over the world, who don’t want to let the weather conditions ruin their business. Also, if there’s ice causing you problems elsewhere in your backyard, you can use the chainsaw to remove it. Alternatively, you can use it to create carvings so that the friction would prevent people from slipping on the ice.

These are just some of the ideas on the things you can use your chainsaw for. The truth is that there are many more uses waiting for you to discover them. even these 5 seem like a good enough reason the chainsaw is a must have tool for everyone, but especially those with a backyard that needs regular attention.