You are here: Home / Gardening Tips & Inspiration / Growing Raspberry Plants: All You Need to Know for a Thriving Harvest

Raspberries don’t only look great in any garden, but they’re also extremely delicious. This makes growing raspberry plants a real pleasure, especially for people who are tired of buying raspberries from the store. Raspberries are not as easy to grow as other fruits, but if you’re interested in a plant that brings a bit more of a challenge, then you won’t mind the extra attention you have to provide them with. Because we want to help you learn everything there is to know about growing raspberry plants and taking care of them, we’ve devised this guide to a thriving raspberry harvest.

There’s more than one variety of raspberries out there, but two of them are the most popular ones, depending on when they bear fruits. The first one is called summer-bearers and it produces a dark-red and round fruit. With this variety, you only get one crop a year, namely in summer. The fruits are typically sweet and tend to be very juicy, which is a real delight for anyone who enjoys eating raspberries. The second variety is called everbearing raspberries and they don’t only grow fruits in summer, but in fall as well. Unlike the first variety, this one comes with smaller fruits. Still, they’re tasty and fragrant.

Raspberries, no matter the variety, can come in more than one color. The color makes a real difference in their taste and the way you have to care for them, which is why it’s better to know everything there is to know about each color before deciding on the one you want to plant in your garden. For instance, the red and yellow berries are the sweetest and have a rich flavor. Black raspberries are also delicious, but they’re more difficult to grow since they’re quite weak and easily affected by disease. If you want to be able to enjoy raspberries for a longer period of time, we recommend you to plant different types of raspberry plants that ripen at distinct times. This way, whenever one type of raspberry stops growing fruits, another one can take its place.

Now, the variety of raspberry plants that you choose for your garden also depends on the climate of the area where you live. For instance, if you live somewhere in the North, your safest bet when it comes to raspberry plants would be the Nova, Boyne, or Nordic ones. If you live in the South, where the weather is much warmer, you can choose from varieties such as Bababerry, Dorman Red, or Southland. 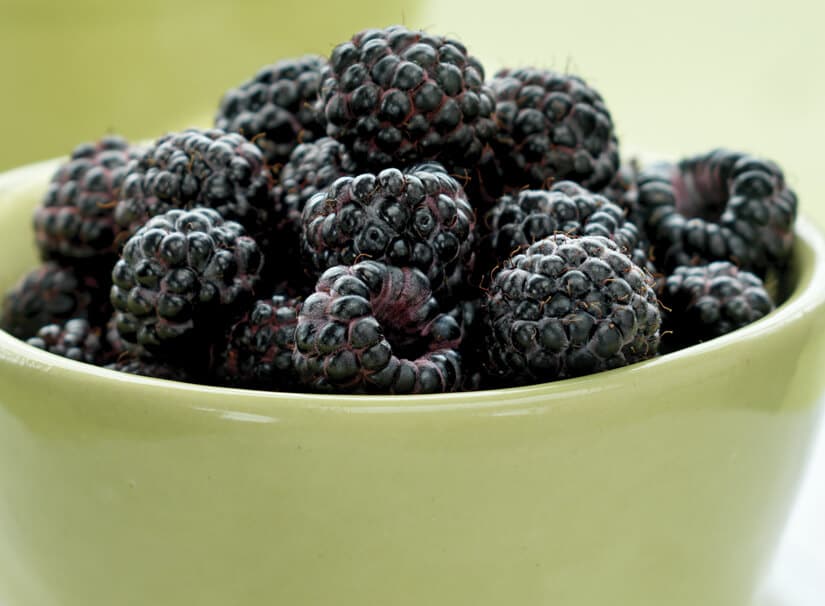 2. Decide on the Best Place to Plant the Raspberries

The climate is not the only important thing when deciding on the best conditions for your raspberry plants. You also have to think about the specific place to plant them in your garden. The first thing you should know is that raspberries require a lot of sun in order to thrive. This is especially true when the plants reach maturity and start growing fruits. If you want to enjoy juicy and delicious raspberries, choose a place in your garden that gets plenty of sunlight.

Another thing that you should be aware of is strong winds. The raspberry plants can be quite fragile, which means that strong winds might damage them. In order to avoid that, we advise you to plant the raspberries near a fence or any other kind of structure that can stop the wind from reaching them. Your raspberry plants should be as isolated as possible from similar plants such as blackberries. So if you have another type of berry in your garden, you should plant the raspberries at least 98.4 feet apart.

The best soil for planting raspberries is well-drained and fertile. You’re going to want to stay away from low-lying soil since it might cause water to collect and flood your plants. Generally, raspberries don’t react well to a lot of humidity, which is why a well-drained soil is paramount. Another important thing to remember is the fact that you should never plant raspberries in places where you’ve previously grown tomatoes, bramble berries, peppers, potatoes, roses, or eggplants. That’s because these plants tend to leave certain diseases behind which will affect your raspberries.

The soil’s pH is also important when planting raspberries. Most raspberry varieties thrive in soil that is slightly acidic and has a pH of 5.5 up to 6.5. If you want to determine the pH of your soil, you can use a soil tester and find that out in no time. If the results are not what you expected, you can try to improve the quality of your soil by adding some compost. In case of low pH you should mix granular sulfur in with the soil.

The best way to plant raspberries in your garden is to buy seedlings which are one year old. Whenever you choose your seedlings, make sure they’re disease free. After all, you wouldn’t want to deal with diseases when planting them. You can find both summer-bearing and everbearing raspberry plants for sale on Amazon. You can also start raspberry plants from seed, but this means you’ll have to keep the seeds in a peat pot made of plastic throughout winter. In this case, after the seeds have germinated (4 to 6 weeks), grown up to 1 inch, and developed leaves, you can transplant them outdoors.

The seedlings should be planted in early spring. After you’ve carefully removed them from their containers, making sure the roots are not damaged in any way, you have to space them according to the varieties you’ve selected. If you only have red and yellow raspberry plants, you have to plant them two feet apart. If you’ve also purchased black raspberries, you’re going to want to plant those three feet apart from the rest. Raspberry plants generally need a lot of space between them. That’s because they’ll eventually develop quite large and should be able to grow unencumbered. 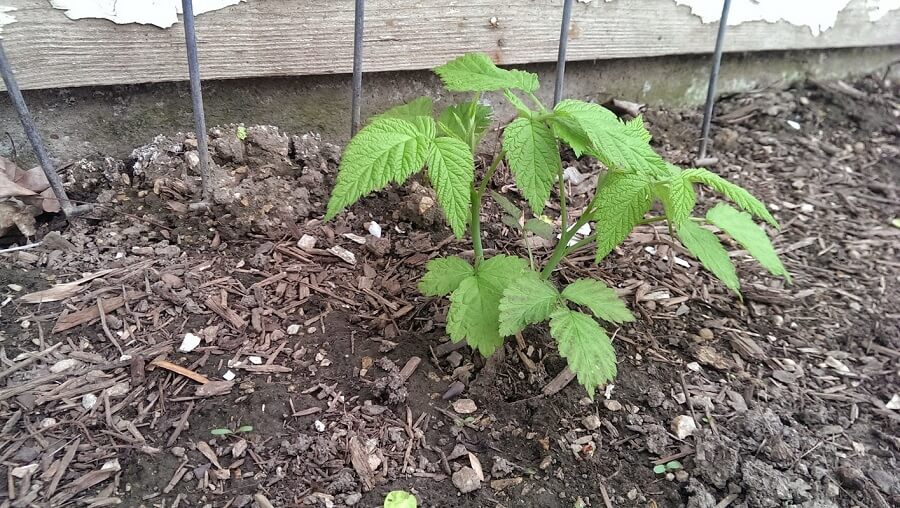 The next step after figuring out where to plant the raspberries is to create holes for each of them. The holes should cover the roots but not touch the leaves on the lower part. A four-inch hole is usually enough. After you’ve placed the plant in the hole, cover the remaining space with soil. Then, add some mulch for extra protection. The last step is to water the area, making sure you don’t overdo it.

Now that you’ve managed to plant raspberries in your garden, it’s time to take a look at what you have to do to take care of them. When it comes to watering, as we’ve already mentioned, raspberries don’t require as much water. Watering them every two weeks is enough, as long as the weather is not extremely dry.

You should also make sure you prune the raspberry plants at least once a year. This will ensure a richer crop. Cut any discolored canes that don’t produce fruits and remove any sign of disease. The pruning process differs according to the type of raspberries you have in your garden. So you should research the exact steps before you get into it.

Fertilizing the raspberry plants is also an extremely important step and one you should do in late winter. An organic fertilizer is one of your best options, but so is some mature compost. Mulch also helps prevent weeds and keeps the soil moist, which makes for healthier plants.

The best time to harvest raspberries is either in late summer or early fall, depending on the variety you have. One way in which you can make sure the berries are ready to be harvested is to check if they come off easily. You can also taste them and see if they’re sweet enough for you to pick. Try to do this in the morning, because the weather is colder then. This way, they won’t run the risk of getting smashed.

You can eat them as they are, in which case they’ll only last for a couple of days (if refrigerated). You can also use them in all sorts of recipes, or make jam out of them. Speaking of recipes involving raspberries, we advise you to try making these delicious raspberry chocolate cups that are absolutely to die for.

There’s no denying that raspberries are some of the most delicious and refreshing fruits to enjoy in the summer (and in the fall as well). They’re both sweet and fragrant, and juicy and refreshing. Thus, they provide the perfect balance of any summer fruit. Apart from the obvious appeal of their fruits, raspberry plants are also a pretty addition to any garden. It doesn’t matter if it’s one in the North or one in the Southern region. With a little bit of effort and care, anyone can grow their own raspberry plants, no matter whether they’re professional gardeners or not, or if they’ve done this before or this is the first time.

If you’re new at growing raspberries, we advise you to start with only one variety and see how this works out for you before venturing into growing several types of raspberries.