You are here: Home / Gardening Tips & Inspiration / Bokashi Composting 101: What It Is and How to Set It Up

Ever wondered how to get rid of your kitchen garbage in an eco-friendly manner? If you’re also passionate about plants and gardening, bokashi composting is one of the healthiest solutions for soil and plants. Instead of throwing all the waste away, you get to reuse it while bringing benefits to the planet. 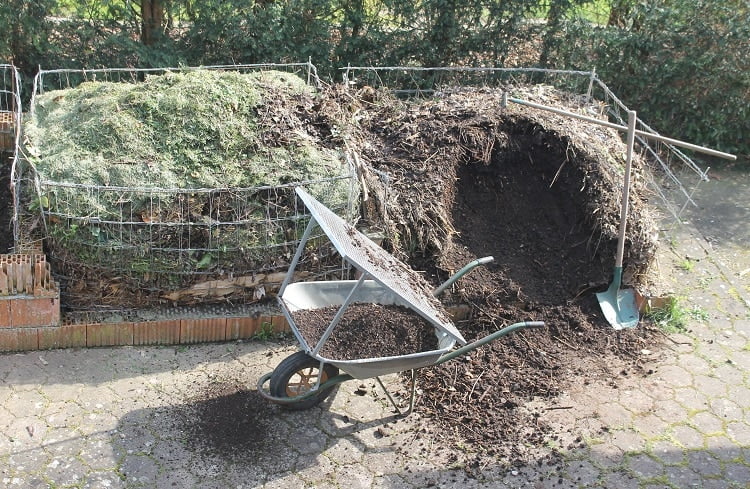 What does bokashi composting mean?

This process implies gathering all the waste resulting from the kitchen, including both organic matter. Then, you should seal the garbage in an environment without air, and mix it into a bucket with some bran. After several days, you can bury the bucket in the garden, bringing plenty of benefits to the soil.

The bokashi bucket is relatively easy to tend to. It seals both the bran and the organic matter inside, without allowing any air to enter. This leads to an anaerobic process, which makes the waste leak. Therefore, you have to drawn this leaking from day to day.

You have to keep the products sealed in the bokashi bucket for ten or twelve days. After the wait is over, the waste mixed with the bran should have already started decomposing. Open the bucket, then take out the bokashi composting and bury it somewhere in your garden. However, make sure the product doesn’t touch any roots over a period of two to four weeks, since it is too acidic.

What is bokashi made of?

The term ‘bokashi’ comes from Japanese, and means “fermented organic matter”. For the fertilizer to work, you have to mix it with another substance made of grains. People usually pick bran, but it can be anything from wheat to sawdust or even dried leaves.

Bokashi composting is enriching for the soil, as anaerobic microbes get to populate the mixture. These are typical for acidic soils, but get to have a less foul smell than they usually do in natural conditions. The kitchen waste is necessary to allow bacteria to thrive.

The bacteria involved in the process are everywhere around us. They are of three types, namely yeasts, lactic acid bacteria, and non-sulfur bacteria. They all release an acrid smell once fermentation starts, but it’s far from being as unpleasant as the smell produced in a non-controlled anaerobic environment.

Where does bokashi come from?

The first who came up with the idea of bokashi composting was Dr. Teuro Higa, from the University of Ryukyus, Okinawa, in Japan. In 1982, he created this mixture, which you can buy as already prepared. This mixture bears the name EM (Effective Micro-organisms). However, you can prepare it yourself as well.

What Dr. Higa did when creating bokashi was to isolate certain enriching bacterial strains rather than going over the entire fermenting process. In fact, this practice has quite a long history in the region. People tried to enrich the soil as naturally as possible, by using organic matter instead of artificial inorganic fertilizers.

Although bokashi composting is far from being a novel technique, it is still a recent introduction in the western culture. Its most common use is as anaerobic composting. However, it can easily work as aerobic composting as well, or as composting for watering plants.

How to make bokashi composting?

If you want to use this method for your garden, it’s better to buy the necessary things first. The special bokashi equipment will make your job easier, and will turn the entire process into something easily manageable. 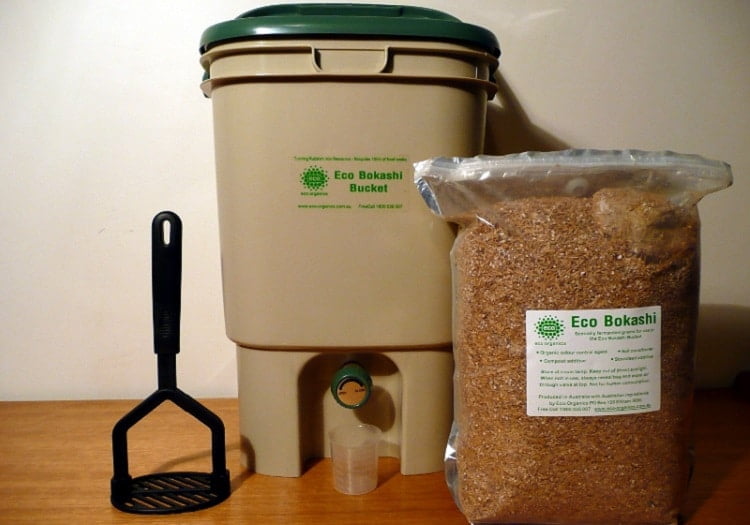 The first thing you need is a special bokashi bucket. This looks like a regular bucket with a lead on top and a small faucet at the bottom. It might get a little heavy once you will it with all the organic waste, and it needs once every other day. The faucet makes everything easier, as it’s no longer difficult to let down the leak. Also, if you want the composting to be effective, you might want to buy special bokashi bran.

Take whatever kitchen waste you gather, and drop it into the bucket. Then, sprinkle some bran over the garbage. Before closing the bucket lid, you might want to press a plate or a plastic material over the mixture. This way, you get rid of whatever air left.

Before dropping the waste in the bucket, cut big pieces into smaller ones. If they are too big, the ten-day fermentation process won’t be enough to break them down. This way, you make your work easier. Then, keep filling the bucket with waste and bran until it gets full.

Once there’s no more room for any garbage in the bucket, find a chill place hidden from sunlight to let it sit for fermentation. Don’t forget to use the faucet to draw off the leaking. The resulting liquid can works as a fertilizer as well. However, you might need more of it, as it is quite diluted. Also, you can use it for the maintenance of pipes and drains.

Keep air away from the mixture

In ten to twelve days, the bokashi composting should be ready. Afterwards, you can empty the bucket in a hole in your garden, and cover it with soil. However, you make sure the environment stays 100 percent anaerobic.

This means no air should leak in the bucket. The effectiveness of the composting depends on the decomposing processes which occur without air. Therefore, whenever you add a new batch of waste and bran in the bucket, press it flat to remove all the intruding air. Also, don’t forget to drain the bucket. These two processes are essential for the well-being of the bokashi mixture.

How to tell if something went wrong

Making bokashi composting is not that difficult, but you can easily make mistakes. The first warning sign is the smell, but this is still a bit complicated. Bokashi doesn’t have the most pleasant smells in the world, so it can be tough to spot a foul odor. Fermentation should smell a bit sweet and sour. If the smell is more unpleasant than that, it means the mixture has already decayed.

Fermentation usually smells foul, but this depends on the types of bacteria involved in the process. These three strains which make bokashi composting lack the sulfuric acid which gives the unpleasant fermentation smell. If the odor is different, it means air has penetrated your mixture and you need to start again. 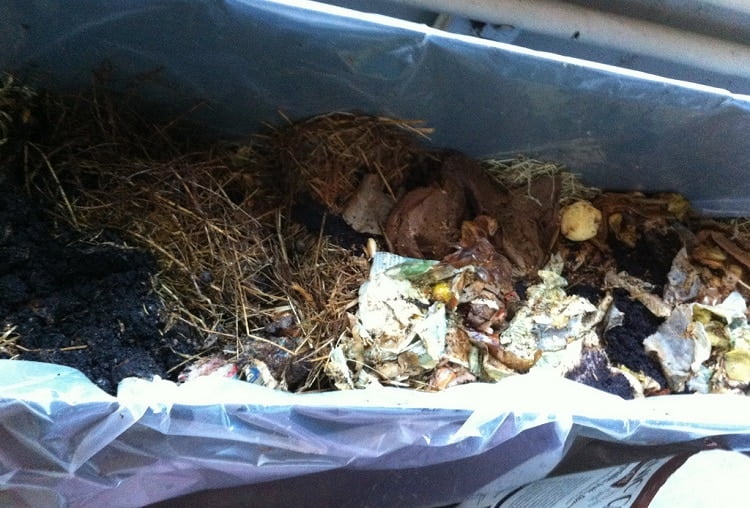 What to do after digging the bokashi

This entire process is far from over when you open the bucket and dig the mixture. What was in the bucket is a pre-compost that remains acidic at the moment of digging. Therefore, make sure you don’t dig it somewhere close to the plant roots.

Only after one or two weeks it’s okay for the roots to touch the mixture. Also, in about a month, the soil absorbs the bokashi composting gets completely. Therefore, you should use the mixture to prepare for planting. Choose a barren spot, wait at least two weeks after digging the bokashi, and then choose something to plant there.

What is bokashi good for?

First of all, this method is a great way to enrich the soil and grow beautiful plants. However, it’s one of the most eco-friendly ways to get rid of your kitchen scraps. Whenever you threw away food leftovers, they automatically became a bait for animals. A sealed bucket where you create your compost keeps them away, as there’s no smell to tempt them.

Also, this is quite a cheap method to make fertilizers as compared to others. The resources you need are pretty limited as well, but don’t forget to drain the bucket. In case you use worms for composting, you can feed them the bokashi mixture. Some breeders regard it as a bit too acidic for the worms, while others say they took it just fine.

If you are not willing to buy the bokashi bran, you can manufacture your own mixture. To do this, you first need to brew the bacteria needed to decompose the organic waste. One of the best methods is to put rice in small boxes, bury them, and then keep a close eye on the fermentation by using a thermometer.

Other essential tools you need are newspapers. These are easy to acquire, and can successfully replace other sophisticated ingredients necessary for the fermentation. Therefore, the easiest and quickest technique requires objects you have in your home. 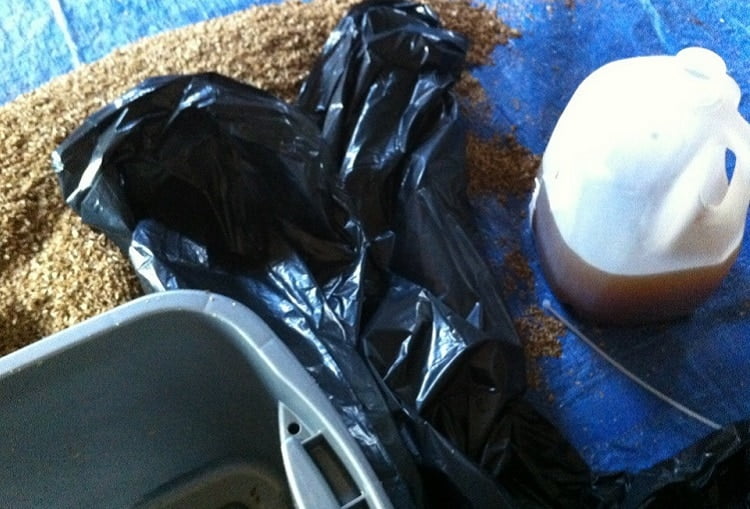 Here’s how you make your own bokashi mixture. Put some rice in a bowl, wash it, and then keep the water you used. Let this water sit for one week, and then add some water in it. Put it aside for two other weeks, while it should start fermenting. Then, strain all the solid matter, and start preparing the inoculating substance.

This is made of one part fermented serum, one part molasses, and six parts water. Add newspapers in this mixture and keep it sealed for two weeks. In the end, remove the newspapers from the liquid and let them dry. Once you’re done with this, you can already add it into the bucket with the organic waste.

Bokashi composting is one of the cheapest methods to fertilize soil. Also, it allows you to dispose of the organic kitchen waste without unpleasant smells, and by making them useful. Whether you want to be creative and make your own mix or buy the necessary tools, the method is equally quick and effective.