You are here: Home / Gardening Tips & Inspiration / Pruning Lilacs 101: How to Prepare Lilac Bushes for Spring

Lilacs are among some of the most beautiful and easy to grow flowers you could choose to plant in your garden. Not only will they bring a touch of color to any landscape, but they will also spread a lovely smell all throughout it. You can plant lilac bushes in almost any region of the United States, and taking care of them is an easy and uncomplicated task. Among the things that lilacs need in order to thrive is pruning. Today, we’re going to teach you all about pruning lilacs in 7 easy steps.

1. Deadhead Flowers in the Spring

Lilacs make excellent cut flowers. Their strong scent coupled with their gorgeous colors will decorate your home like none other. This is also extremely convenient because you should be removing flowers anyway. This process is called deadheading. The best time for deadheading lilacs is in spring since that is the time when lilac flowers are in full bloom. Wait until they give signs of fading, and then cut them and use them to make bouquets.

If you fail to do this and leave the flowers to die on the stems, they’re going to rob the stems of energy. They no longer need the energy, since they’re already dying, so the only thing they accomplish is robbing new growths of a healthy dose of energy. Even if some people might feel guilty about removing the lilac flowers from their bushes, the truth is that you’re doing both them and yourself a service. If you notice flowers that have already started to wither, remove them and throw them away if they’re not suitable for a bouquet. 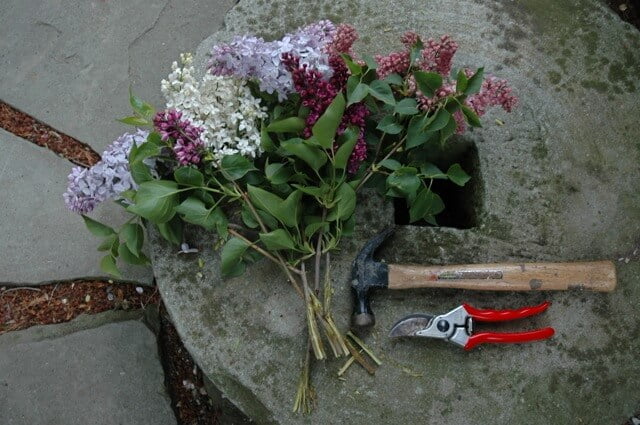 The flowers aren’t the only things you have to take care of when pruning lilacs. The stems also require some attention. Sometimes, when looking at a lilac bush, you will notice some stems which are longer than the rest. Even if these stems are completely healthy, you should still remove them. The reason is mainly aesthetic. Lilac bushes are prettiest when nicely trimmed instead of being left in disarray. This process is called tipping off.

Cutting part of the stems shouldn’t take you too long, and it also shouldn’t involve a lot of effort. All you need is a hand clipper. Take the longest stems and cut them until they reach the same height as those closest to them. This can mean a rather large cut down to where you notice side shoots growing out of the stem. In the case of stems that don’t have shoots just yet, you can simply cut them until you reach a bud or a node that is close to the base. This will help new shoots to sprout.

The process of tipping off isn’t only beneficial for the look of your lilac bushes, but also for their health and prosperity. After tipping off, you’ll notice the lilac bushes growing healthier and more charming than ever.

When pruning lilacs, it isn’t enough to cut some of the stems that are longer than the rest. You also have to be careful about removing diseased and dead stems. If you notice stems that are yellow, brown, or look in any way diseased, make sure to cut them as close to the base as you can. This will ensure that no other stems will get affected. The process of removing diseased and dead stems is called thinning. Among the benefits of thinning is the fact that air can circulate freely through the lilac bush, and the dead stems won’t rob your plant of any energy.

4. Limit Yourself to One Pruning Session

As we’ve already mentioned, the best time for pruning lilacs is in spring. You should also know that you shouldn’t prune your lilac bushes in any other season. Since one of the main purposes of pruning lilacs is for them to develop new growths that will have plenty of time to mature throughout the rest of the year, it makes sense to do the pruning in spring.

For instance, pruning lilacs in summer might cause you to remove growths which have already formed. This will make your spring yield much less impressive. Postponing pruning until fall or winter is an even worse idea. In this case, you might end up with lilac bushes that grow no flowers whatsoever.

5. Periodically Assess the State of Your Lilac Bushes

Apart from the annual pruning of the lilac bushes, you must always watch out for any signs that your plants need additional care. This is especially true if you’re pruning old lilacs. In time, lilac bushes might grow erratically, change their shape, or lose part of their appeal. If you notice this happening, you can do what is called a rejuvenating pruning. This will help you improve the look and health of your lilac plants.

Rejuvenating pruning is taking things one step further from the annual pruning you’re used to doing. This time, you won’t prune the lilac bushes lightly. You’ll take away most of the bush, in order to allow it to regenerate and grow anew. Similar to the annual pruning, rejuvenating pruning should also be done in spring; however, you should do it before the bushes have a chance to start growing new buds.

What you have to keep in mind about this type of pruning is that it’s going to sacrifice part of that year’s flowers. That’s because when you cut the stems, you also eliminate already maturing buds that are close to turning into blooms, but you shouldn’t be too sad about this. Consider the fact that you’re doing it for your plant’s future. In the following years, you’re going to get much more beautiful and healthier flowers.

If you’re not familiar with what a grafted lilac is, don’t worry about it. We’re here to clear that up for you and explain how you should take care of it. When pruning lilacs, you have to be more careful with grafted ones. A grafted lilac is a type of lilac that has been combined with another variety in order to obtain a unique color or a different shape of blooms. Because of this, they’re more sensitive to pruning. 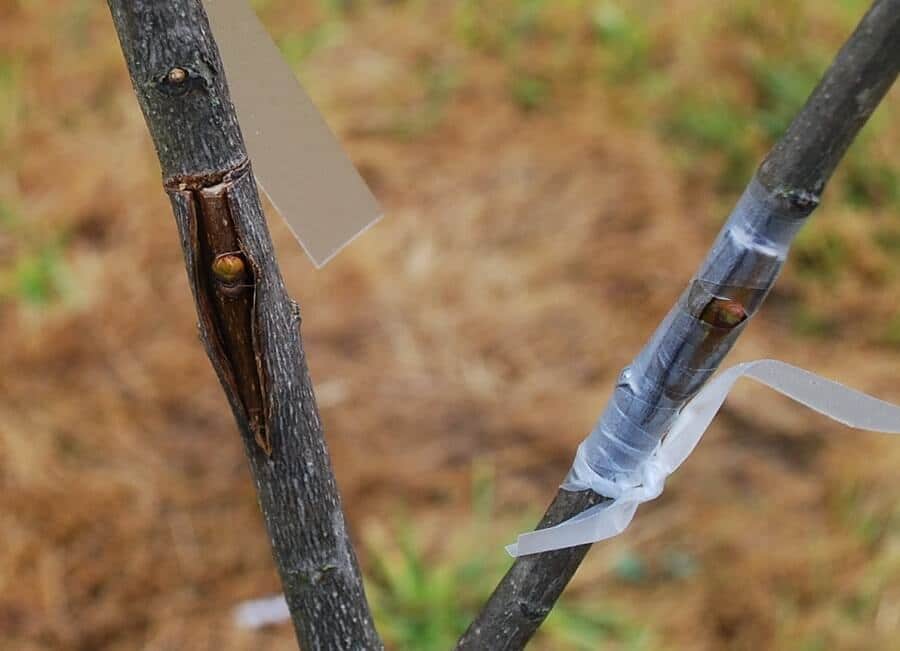 There is an area on every grafted lilac that if eliminated when pruning, will spoil the graft and create some changes in the way your plant develops. Usually, it’s quite easy to realize which area is the grafted one. Just look for lumps surrounded by a different type of texture. The different textures tell you that that’s the place where the graft was made. Lilacs who don’t have such lumps are most likely not grafted, which means that you don’t have to worry about damaging them when pruning.

Suckers are those small lilac plants that you notice growing either nearby your older lilac bushes, or out of them. Even if you might be tempted to allow them to develop, this is a bad idea. No lilac bush should contain more than 3 large branches that serve as trunks. That’s because the more suckers you allow to develop near your lilac bushes, the less energy the actual bushes will have. A large part of their energy will go to the suckers, which you don’t want to happen.

If you’re looking for something to grow in your garden that doesn’t require a lot of care but still provides you with a splash of color, a powerful fragrance, and some truly gorgeous cut flowers, then we suggest you give lilacs a shot. We hope today’s guide has convinced you that pruning lilacs is an easy task and one that can help your plants stay healthy and beautiful for a longer period of time.

People don’t only praise lilacs for the way they look and smell. They also love them due to their aromatherapy benefits and their ability to soothe the body and the mind. Purple lilac is said to alleviate anxiety by promoting relaxation and tranquility, while white lilac provides a soothing experience to anyone who surrounds themselves with it. If you’re looking for a natural relaxation tool, we advise you to consider some lilac essential oil that you use with a diffuser. If you’re not familiar with how a diffuser works and what are the benefits of using one, the clip below will clear that up for you.