You must have come across numerous instances of discussion and debates about the environmental concerns. Irrespective of your will to get engaged in discussion you find yourself surrounded and involved in these discussions. This can be knowingly or unknowingly as the discussion about this issues have become so common. You watch people complaining about exorbitantly high level of various types of environmental pollution especially in urban areas.

Gone are the days when pollution was something restricted to cities. Rural areas and countryside too suffer from an increased pollution and face threat posed by various environmental concerns. Nature does not follow the administrative boundaries set by humans. Irrespective of location, people all over the world face consequences of their action. Increased awareness is because of number of initiatives being taken by different organisation all over the world. Environmental education being provided to both children and adults plays an important role. Making people aware their actions and their impact on community is essential. 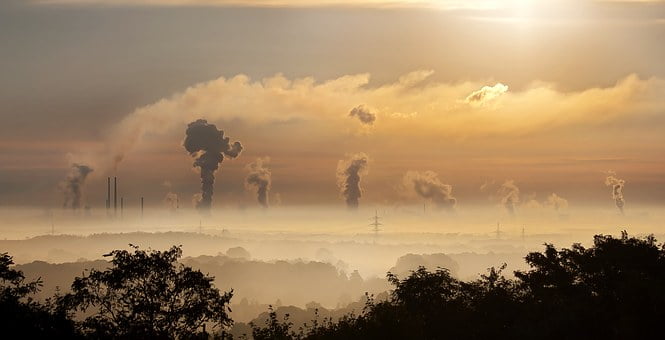 Increased temperature which is termed as Global Warming is the best example available while talking about environmental changes. Small and poor nations, island areas and Polar Regions are the biggest victim of climate change. Ice sheets are melting which is destructing the life in Polar Regions. Rising sea level is a concern with island nations as they lose “Land”.

No matter how much you try to avoid the polluted places you will face high amounts of pollution. In case someone is still ignorant about the fact that pollution level is increasing at alarming rate then it’s a serious concern. Though lately but common man is now much more aware about the environmental concerns and hazards. Studies are conducted on a daily basis to better understand the impact of human activities in an area. With better technology and machines available it is easier to record, collect, store, analyse and presenting data. People are now more aware as they are now presented with fact and figures. Qualitative data is not much impactful when a seriousness of a situation needs to be emphasised. Presenting the data in an easier to understand manner with absolute numbers draws the attention of people.

Environmental issues does not limit to widely talked air pollution but encompasses much larger part of atmosphere. Starting with wide scale impact of global warming, it extends to small soil pollution and seepage of toxic fluids to aquafers through your garden or backyard. To elaborate on some of the major concerns soil pollution demands equal attention just as air pollution. Extensive and high use of fertilizers, pesticides and other chemicals in farming plays a large role in pollution of water too! No doubt that use of chemicals degrades the quality of soil itself over time but it has other negative consequences too! Insects and other wildlife also gets affected. Small insects which are harmless also gets affected which in turn at larger level affects complete food cycle.

Most interesting and complex part about environmental concern is their limitless consequences. These are not limited to an area, pollution taking place in America will have impact on people located in other continent. Affected people will have no control over what is being done by people in other areas. Thus it becomes vital to think about the environmental concerns at larger level. This is now being practiced by means of various national and international levels through dialogues and discussions. Various climate summit are a result of joint efforts now being taken by world leaders. People have now realised that small efforts will be useless unless done collectively by massed thus the need to unite people exist. Each individual needs to take and accept responsibility of their own action, think about the possible affect which it will have on others and coming generation. Actions does not limit to your own action, you need to encourage others to take action, and ignorance needs to be eliminated. All nations needs to come together, negligence and non-acceptance of collective measure by few nation will have adverse effect. It not only slows the rate of damage but also deject the action being taken by others. As a result no one is willing to fight alone in a battle which can only be won by collective efforts and negative impact of which cannot be denied.